Reading for Change! Make an Impact With Waste-Free Kitchen: A Guide to Eating Well and Saving Money by Wasting Less Food by Dana Gunders

Change Food welcomes you to the launch of our Reading for Change series! Here, we will be sharing reviews of some of our favorite food and farming-centered books each month. We kick off today by introducing Waste-Free Kitchen: A Guide to Eating Well and Saving Money by Wasting Less Food by Dana Gunders. In this new release, the author, a Change Food friend, provides us with practical and easy-to-follow strategies as to how to reduce food waste within our own homes. You may have seen Dana’s work featured on Dr. Oz, Last Week Tonight with John Oliver, CNN, NBC, The New York Times, Wall Street Journal, Fox Business, NPR, and many more media outlets — now, this knowledge is readily available for your reading pleasure. 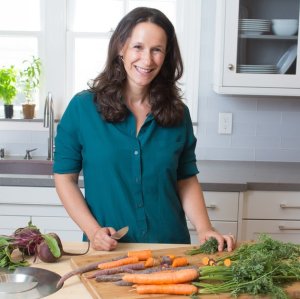 According to a study by the Natural Resources Defense Council, where Gunders resides as a Staff Scientist, the average American throws out about 25% of all their purchased food and beverages. For a family of four, this ends up being between $1,365 and $2,275 in wasted food each year. Imagine not only the money, but the opportunity cost in time spent shopping, as well as the sheer volume in produce we could save on a macro level if every household were more informed on how to conserve their groceries.

END_OF_DOCUMENT_TOKEN_TO_BE_REPLACED 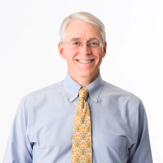 As TEDxManhattan approaches, we’ve asked this year’s speakers to introduce themselves by answering a few questions.  Today we feature Peter Lehner, Executive Director of NRDC.

1) What’s the topic you’ll be speaking about?

The extent of food waste in the United States. Here in the U.S., an astonishing 40 percent of the food that is grown, processed, and transported is lost and never consumed by people, with staggering implications for our use of water, energy, and chemicals.  Of course, food is not the only thing we waste at frightening levels, and by thinking of waste more broadly we can get some ideas of how to tackle food waste.

2) Why do you feel this is important?

In the U.S., agriculture accounts for over half the land area and 80% of water consumption.  No matter how sustainably we farm, if we’re not actually eating the food, it’s a terrible use of those resources.  Furthermore, one in six Americans is food insecure.  We produce enough food to feed every person in this country well and should be doing our best to make sure that happens.

3) Are there other projects you’re also passionate about right now?

Yes!  NRDC is launching a national initiative aimed at ending an era of antibiotic dependency in the domestic livestock industry. Approximately 80% of all antibiotics sold in the U.S. are routinely put into animal feed, primarily to compensate for crowded, unsanitary feedlot conditions and quicken animal growth. This practice of routine herd or flock-wide dosing of antibiotics breeds antibiotic resistant “superbugs” that now threaten the viability of crucial antibiotics used to treat human disease. NRDC is waging a multi-pronged campaign to end this practice, building on our historic litigation victory in Spring of 2012 against FDA over the agency’s failure to regulate drug use for food animals.  You might call this a waste of our very valuable antibiotics (especially when few new antibiotics are being developed).

4) Which other TEDxManhattan speakers are you excited about hearing?

I’m particularly excited to hear presentations by Steve Wing and Maisie Greenawalt.  The community impact of factory farms is an issue of justice as much as it is of the environment, and it’s important to understand the challenges that progressive companies face when trying to implement good ideas at scale.

5) Where can more information about your project be found?

Peter Lehner is the Executive Director of NRDC and NRDC Action Fund. NRDC, one the nation’s leading environmental advocacy organizations with over 1.3 million members and activists and 430 staff in seven offices, works to protect people’s health and families, communities, jobs, and wild spaces by accelerating clean and efficient energy, transportation and protecting our oceans, waters and homes from pollution. He is responsible for guiding NRDC’s policy positions, advocacy strategies, communications plans, development and administration, and managing NRDC’s seven offices and for leading the Action Fund’s political activities.  Since Peter’s return to NRDC in 2006, NRDC has opened new offices in Beijing and Chicago, started the Center for Market Innovation, and expanded both its policy and communications capacity. Previously, Peter served as chief of the Environmental Protection Bureau of the New York State Attorney General’s office for eight years. He supervised all environmental litigation by the state, prosecuting a wide variety of polluters and developing innovative multi-state strategies targeting global warming, acid rain, and smog causing emissions. Peter previously served at NRDC as a senior attorney in charge of the water program. Before that, he created and led the environmental prosecution unit for New York City.  Peter holds an AB in philosophy and mathematics from Harvard College and is a graduate of Columbia University Law School, where he continues to teach environmental law. He also has extensive experience in sustainable farming and green business.

Change Food is a nonprofit whose mission is to connect and transform the food we eat, the people who produce it, and the world in which it is grown. To read and learn more, visit The Guide to Good Food blog.